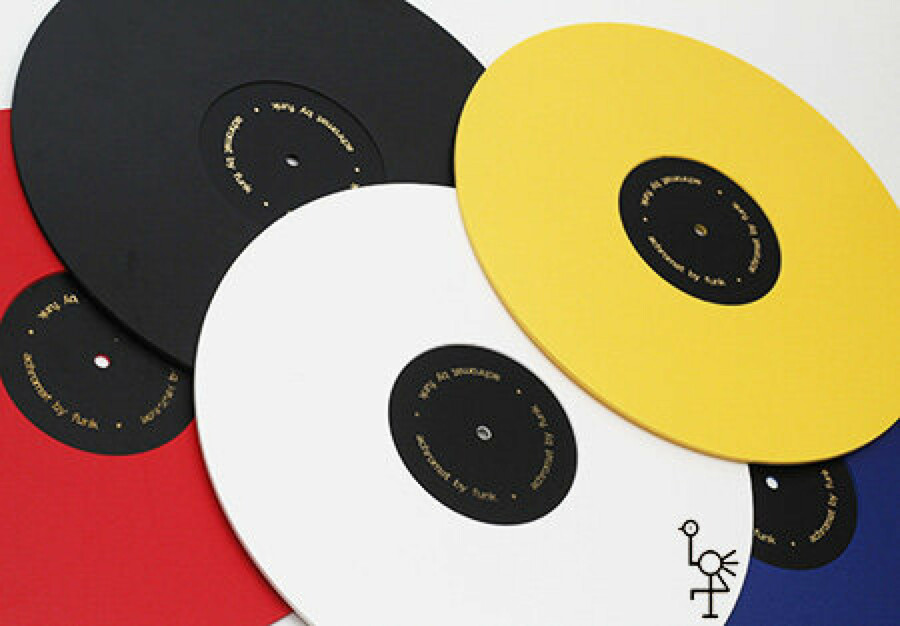 Achromat and APM - The very best mat for your Vinyl.

Technics’ 1200/1210 and GR models are fine motor units but suffer from a very significant weakness – The platter. Technics rely on rubber to stop ringing. It  doesn’t help. Try it for yourself. Hang the platter on your finger, tap it and feel the low frequency vibrations. Rubber is soft, there is no way it can control the energy from the metalt. Imagine if the rubber was instead a soft blanket!

with these platter vibrations directly UNDER your stylus, it’s like a rough road a car travels on, you feel it. So does the stylus. It reads it and tells us all about it. You hear it as less definition in your music.

You don’t need to be in a disco environment for platter to play along with the music. You’ll hear it as less definition in your music and why in 2014 Funk developed Strata. Technics followed by releasing 1200GAE, 1200G and SP10R, all with an added that lump of brass to do the same job.

The new motor designs of the models required different inertial values. More R&D. The result was APM. Notonly did it satisfy the new conditions, it also came with the additional benefit that it was more affordable.

APM is  Achromat bonded to a glass substrate to create a constrained layer mat. Glass is inherently very RIGID and so provides the necessary support. The clever bit is that it has totally different properties to the metal platter. interfacing the two, the different resonances destructively interfere, killing vibrations.

SL1200’s the platter is at least as good if not better than G! APM’s optimised mass distribution allows the electronics to continue to operate as intended. Win-win.

The “humble” Mat – We Elevate its importance to the Top

In the groove, the stylus accelerates at more than 20,000g – and this pile-drives vibrations into the disc. At a boundary change (from vinyl to felt/rubber/metal) these vibrations reflect, back and the stylus simply adds these new error signals to your music.

While you might think the record mat has only a “supporting” role, it is actually the ONLY tool we have to help us prevent these reflections, because it is the only other thing touching the disc near the stylus. Only the mat can absorb this unwanted reflected energy and keep it from the stylus. The mat’s role has just been elevated from “just a mat” to being critical.

It can only have the desired effect if correctly designed…if it mimics the disc’s characteristics. Static-free, Achromat has millions of tiny internal bubbles, whose walls flex, dissipating energy. Clever stuff. Compare it to Felt, Rubber, Metal, Glass, Carbon.... All are guilty of colouration - You can’t dodge physics!

Though the default mat for your arm with no VTA is 3mm, we have convenient shims + additional screws to raise your arm, allowing you to order the 5mm, most especially if down the line, you’ll be considering The isolation Bubble route.